Well, I’ve done this for another website, but due to WWE sucking for so long, I haven’t done so here on Icygeek.  So here we go, live thoughts on WWE Tab;es Ladders, and Chairs PPV.  Let’s hope the weapons of destruction makes this good.

7:38  Mid match, you cut to a commercial for your network?  What bullshit.

7:46  And the numbers advantage gives Sasha the win over Becky.  I don’t see the greatest in Sasha Banks that others are proclaiming , but I will keep watching.

8:12  Why are they climbing the ladder when they know they will be stopped easily???

8:28  Sigh, New Day retains.  I was wondering when Xavier would interfere.  Then again, if this was a shoot, the other two teams kept acting stupid, doing big movies that would knock themselves out of the match as well as their opponents, when the other team had a 3rd member who could make a difference.  Still, not a bad ladder match at all.   Worth watching, and not just for lessen expectations for current WWE.

8:39  Rusev vs. Ryback, as every PPV needs filler. *sigh*  (Rather have the filler from WWE ECW D2D myself)

8:45  I will say that Lana is much nicer to look at lately.  At least there is some point to this match.

9:05  Damn, Swagger lost.  Not unexpected, but still.  This was a fun, brutal match and I wish both men would get pushed more.  Alberto’s return has been the best thing to happen to WWE in the past 6 months. 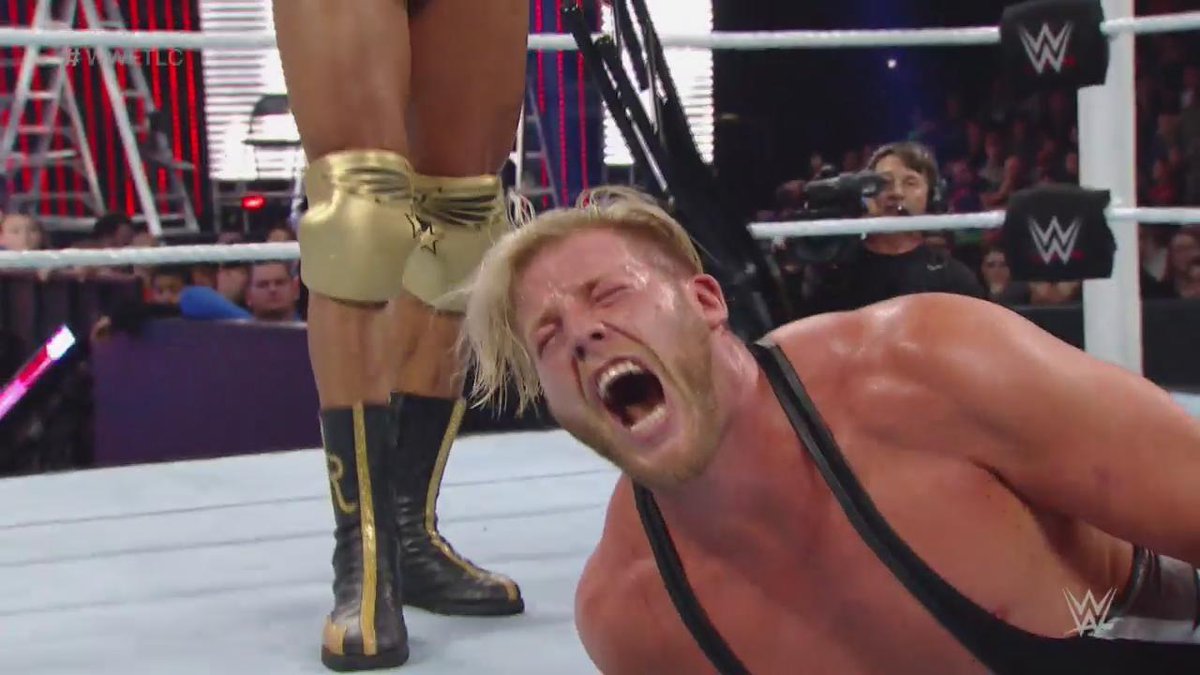 9:14  Long intros are, as they give me a chance to catch up on Twitter and FB thoughts between matches. 🙂

9:29  Fun Table match, but once D-Von was eliminated the outcome was obvious.  They made Bubba Ray look stupid wasting all that time with the lighter fluid.

9:50  And Dean Ambrose is your new IC champion.  I was tuned out for much of the match, but it seemed alright.  Let’s hope that AMbrose is allowed to make something out of it.

9:59  Boston has made it clear they prefer Paige to Charlotte, and so do I. #palelivesmatter

10:10  Dammit, Paige loses due to Ric being, well, Ric, athro if this was a shoot then Paige should have known better than to be so distracted at the last moments of the match.

10:24  “Cena chants” when he isn’t currently wrestling?  Tells you all about the indifference to these two guys the fans have.

10:25  Just noticed I put the wrong year in the title of this live blg.  Fuuuuuuuuuuudge!

10:35  Sheamus’ butt looks like it went thru the table more than Roman did.

10:47  Where in the hell was Dean Ambrose?  Sheamus retains, and the fans snooze.

11:00  That was quite the beating of HHH.  The announcers are trying to make us think Roman will be fired, but for 18 years we have seen fan favorites beat up heel authority figures, so we are not buying it.  I thought they’d be scared of the rating and put the belt on Roman, but no such luck.  I wouldn’t be surprised if the next Cena title reign is before the end of the year.

Well, all but two of the matches were great, at least compared to what we have been getting, but when one of the turkeys is the main event, you have issues, and WWE definitely has them.  If this PPV ended like the WWE ECW December to Dismember 2006 did at 10:15, this would be a highly regarded PPV.  But it didn’t and the whole show suffered, as in much of media today the last portion often determines how people view the final product.

My favorite sporting event of every year is the Royal Rumble, but I am so scared they are going to screw it up.  *sigh*